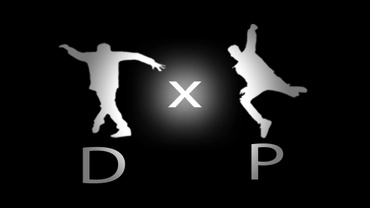 Why create the jook: 2nd edition?

Showing Is Better Than Telling

In 2008, I had already reached a high level of name sake in Jookin community for what I had achieved on and off the dance floor. I had created a citywide media outlet for Memphis Jookin videos to Memphis rap music. I became the young face that would take the name King of Memphis Jookin. I humbly battled whoever wanted to face me.I did it all in the wake of a national expose' on the style. After all that, I still wanted more. I wanted to be remembered as genius by every action I had taken. This would take planning and a proper teammate for the Journey. I would need to take my love for Memphis and create a technological gateway that all cultures like it can use as needed and possible.

In the same year, tremendous things begin to take place when I met my indefinite business partner, Jerone Dodd. He had found about me over the internet while he was overseas playing pro basketball. He wanted to get involved with the culture and some business opportunities and I was very interested in his knowledge of Japanese business practices. During this time The Jook Book was under development as a series of DVDs which we (UDIG Dance Academy) sold around the world. There were a lot of seeds and dirt then where there are trees today when it comes to many of our ideas. However, by Summer 2009 we were on our way to the top of indigenous street dance cultural development.

While me and Jerone were blueprinting a progressive enterprise, UDIG was transitioning into a more sophisticated urban dance brand, with company dancers appearing on hit TV shows. I had begun writing The Jook Book and every move in the Jookin style had become clear to me. I was having the clearest moment of clarity in my entire life to date. My talented body had remembered so much movement that vocabulary naturally followed each idea. The inspiration and motivation drove me to believe that we could create the greatest street dance video game of all time with the completion of this book.

Think It. Pursue It. Do It.

One day, me and my mother were talking about some ideas I had pertaining to the book and some success I was having. A few days later, she brought this publication to me that featured a game developer from Memphis that moved down to Florida to operate his company. Xavier Moore, CEO of Enigma Games is somewhat a hero of the Memphis Jookin culture.Without him educating us about the difficulty of making mobile or console games, we never would have mad an impact on street dance culture. The next steps we took prepared us to take on our first major business venture. It was these times though, that inspired me to recently begin compiling all of my ideas into a 2nd Edition (instead of Volume 2) and creating one super product that Jookin fans will demand as valuable to the culture.

In all honesty, I feel like the book's importance fell on deaf ears in the new era. Being the Urban Ballet, dance classes for the style should be unorthodox as Memphis Rap music. I have devised a strategy of presenting The Jook in a more detailed illustration of what is intended for a dance learning interactive product. Celebrating the rhythm and definition of Jookin, I have begun to re-write the pages of the Jook with all-new content including full archives of Memphis Jookin Tutorials and purchasers of the Jook 2nd Edition books.  Each new book is named after the characters that  inspire me to write and dance:

"The course of a street dancer's career is much like an athlete from skateboarding to basketball. The grind is hard and real.  Being a cultural anthropology major, I know that street dancers all enjoy success and produce opportunities based on performance. All these components exist, yet there is no simulation of this success properly organized in the gaming world."

The Jook | next generation